Leading specialist bed retailer Dreams has become EDGA's latest partner to provide access to golf for people who have recently become disabled, either through trauma or the acquisition of a life‐ changing condition.

The project came from a desire to learn more about how golfers with different types of impairment strike the golf ball (including launch angle, ball speed, spin rate etc), and how comparable learnings from such research can help players and their coaches to improve their game.

MULLIGAN is a timeless film that shares the stories of six golfers who refuse to be defined by their disabilities. In just 44 minutes, the film reveals how golf has made a difference in each of the player's lives. Adem, Juan, Marcus, Mike, Monique, and Stewart, opened their homes, and their hearts to share their hopes and fears.

MULLIGAN was lovingly created by EDGA, together with Big Bounce Productions, with the support of RSM and The R&A 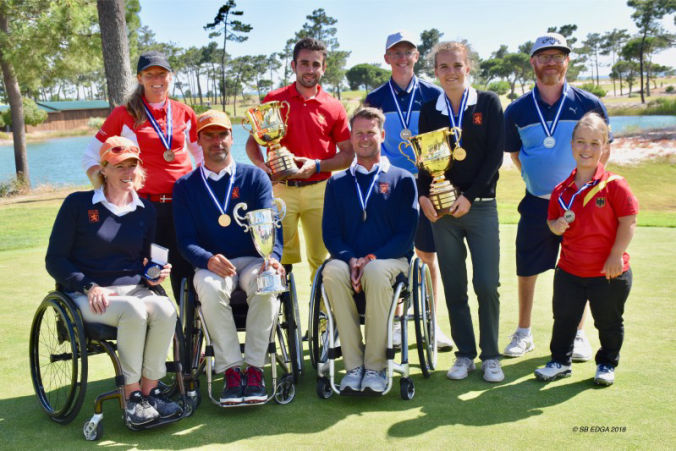 One of EDGA’s achievements is to provide approval for three different categories of international golfing events that meet the minimum criteria for golfers with disability. 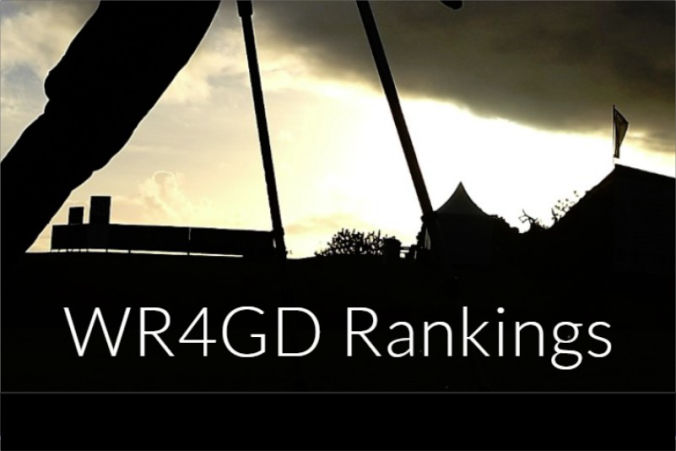 The World Ranking for Golfers with Disability (WR4GD) is admistered by the USGA and R&A under the name of WAGR.  According to the players golf handicap, they will be ranked under Gross, Net or Stableford.

Only players with a WR4GD pass can be ranked with WR4GD. 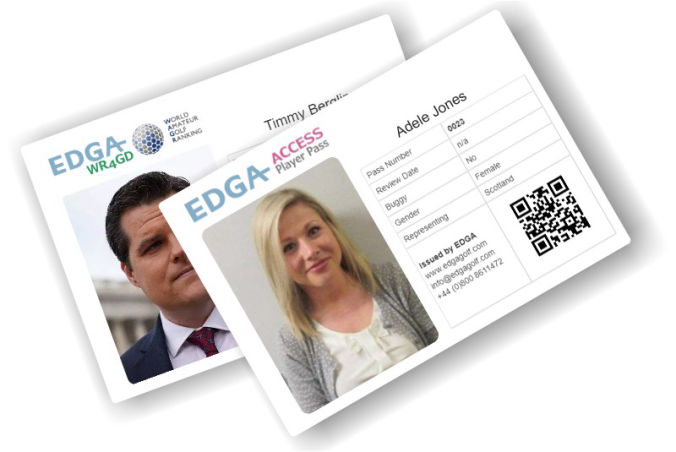 To participate in an EDGA badged event, a WR4GD or a non-ranked ACCESS pass will be required. These passes are administered and issued by the EDGA medical team.

Learn more about EDGA badged events and how you can apply for your pass. 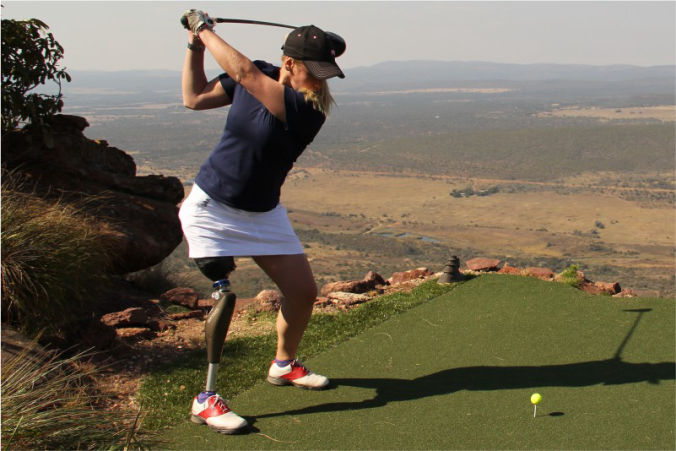 The Golfers First Profiles came from a deep belief that everyone has a story, that is not only worth telling, but also worth sharing. Perhaps you or someone that you know is in need of a boost of inspiration or a signpost to what can be achieved.

EDGA relies on a rapidly growing team of international disability assessors comprising of volunteer doctors and physical therapists who are required to attend Tournaments all around the world.

EDGA would also not function without the commitment of the core teams which includes the Board of Directors.

For every donation of 25€ or more, EDGA will GIVE a book to a hospital, rehabilitation/medical centre, or organisation to ensure that anyone who needs a lift, is able to read the inspiring words of MULLIGAN. As a token of our appreciation, we will GIFT another book, for you to keep and enjoy.

Season One of “HOW I PLAY” series of educational tools

The series aims to provide tips and tricks that the featured players use to help them play to the best of their ability.

HOW I PLAY is hosted by Tony Bennett who discusses golf technique, preparation, recovery, practice routines and course strategy with the featured players. In each session Tony calls on highly skilled coaches, who add their insights to help bring the discussions within reach of all players, regardless of ability.

“One day I woke up and thought I can’t live like this anymore… I just went to my local beach, and I walked into the water and thought, I’m just going to walk out there until I don’t have the strength to come back. I started swimming, and as I was out there I just had a vision of my daughters being bullied at school for what I was about to do, and I couldn’t go through with it. I did really want to finish it, but I thought I just can’t do that to my girls. So I came back walked into the kitchen absolutely soaking wet and…”

EDGA Advocate Alessandra Donati reported a highly successful day for the four golfers with disability invited to play, in what was a good “demonstration of how golf overcomes every barrier”.

Nick Dougherty is new ambassador for EDGA, to help more golfers with disability to enjoy the game

Nick says “I am really proud to become an ambassador for EDGA. Having worked alongside EDGA’s players for Sky Sports I have been struck by their focus, their ability to adapt and their determination to reach their potential. I’ve been hugely impressed.

Ladies European Tour player Carly Booth says “I have a passion for helping others and want to see people of all abilities have the chance to achieve something for themselves. Being a golfer and knowing the sport, to get more people involved in golf with EDGA is particularly fitting. I also want to help get more women and girls into the game and if I can help EDGA to do this, that’s great. I’m looking forward to being part of the team.”

Former European Tour star and now Sky Sports analyst Tony Johnstone has been welcomed as an official Ambassador for EDGA. Tony says, “Seeing the way that some of the golfers with disability play blows my mind. It is an absolute pleasure to be an Ambassador for this association.”

European Tour star Paul Waring has been one of the European Tour’s most popular golfers with fans and players alike since he started competing on the Tour in 2008. Paul won his first European Tour title, the 2018 Nordea Masters in his 200th tournament.

Golfers with a disability in Australia, and the professional coaches who inspire them, will benefit following the decision to build a state-of-the-art facility in the state of Victoria.

The Australian Golf Centre will be the new headquarters for Golf Australia, PGA of Australia, Golf Victoria and Sandringham Golf Links Management.

EDGA has launched a new international campaign to inspire people with disability to try golf and enjoy the multiple benefits of the sport.

Developed in partnership with Portuguese creative agency LUV, the new ‘PLAY GOLF’ campaign showcases eight EDGA players from three Continents with a range of disabilities who live life to the full through playing golf. The campaign is supported by a dedicated training programme which will engage with hospitals, rehabilitation centres, golf clubs and other sporting venues throughout 2020.

EDGA golfers George Groves and Brendan Lawlor will join forces in a European Tour first at the innovative GolfSixes Cascais, which returns to Oitavos Dunes from May 9-10.

EDGA, the international body that champions golf for people with disability, has unveiled a new international Open tournament for its players, the Southport Golf Coast Classic.

For all the drama of the closing stages of the Emirates Australian Open there was equal intrigue in the finish to the second Australian All Abilities Championship Presented by ISPS Handa at The Australian Golf Club in Sydney.

EDGA continues to make the game more inclusive for those with disabilities as it grows its education programme, most recently with a two-day pilot project for the PGA of Poland.

Globally respected club manufacturer PING has given its support for a second year to a major EDGA project which raises awareness of inclusive golf and golfers with disability.

EDGA is now the official charity of the recent Portugal Masters, which took place at Dom Pedro Victoria Golf Course on October 24-27.

DUBAI, February 16: The MENA Tour by Arena along with EDGA will help to provide opportunities for four golfers with a disability to compete in the only officially recognized professional Tour in the Middle East and North Africa region.

Peter Köhler, an acclaimed surgeon and “pioneering” eligibility officer for EDGA, has recently passed away. All of us at EDGA offer our best wishes to Peter’s family and friends at this time.

Peter Köhler was an orthopaedic surgeon, at the Red Cross Hospital in Stockholm, when he started to help members of our team with his expert advice. As a skilled golfer, he had a clear understanding of both the game itself and how those with a disability could reach their potential on the golf course.

The European Tour, supported by The R&A and EDGA, has made a film that will “open the eyes” of everyone to the high standard of a generation of golfers with a disability now competing against each other internationally. EDGA believes this short video and a longer 30-minute film – made at the EGA European Championship – should be seen by anyone interested in sport and health as it emphatically demonstrates that golf can offer great benefits to people with disability.

As a small token of gratitude to our very supportive partners, every month we'll be putting focus on individual partners. This month, the focus is on RSM and we offer our sincere gratitude for all of their amazing support that really is - changing lives

RSM and EDGA
RSM’s sponsorship of EDGA extends the firm's ambitious partnership strategy within golf and supports its wider corporate and social responsibility programme. As part of the tie-up, RSM will support EDGA to get 500,000 new players with a disability to try golf for the first time. It will also play a role in supporting EDGA's longer term goal of getting disability golf accepted as an official sport at the Paralympic Games.

Introducing Team RSM
Team RSM is made up of four professional golfers, being Colin Montgomerie, Andy Sullivan, Paul Waring and Michele Thomson. These each compete at the highest level in golf and RSM is proud to have them as ambassadors. You can learn more about these players on the RSM YouTube Playlist

RSM and golf
RSM believe that the qualities required to be successful in golf reflect their core values of respect, integrity, teamwork, excellence and stewardship – something RSM strives to deliver in every client engagement. The partnership RSM has with its global ambassadors (Team RSM), and collaboration with the European Tour and EDGA supports their commitment to the development of golf at all levels across the UK.

RSM has been an official supporter of the European Tour since 2016. In 2017 they launched the RSM Player Performance Study, which aimed to understand the key drivers in golf performance and in 2018 released a six-part content series called ‘Inside the Tour’ which gave a behind-the-scenes view from key personalities and roles on the European Tour. In 2019, RSM will proudly continue this partnership as a sponsor of the BMW PGA Championship which takes place in September at Wentworth Golf Course.

RSM is a leading audit, tax and consulting firm to the middle market with nearly 3,800 partners and staff operating from 35 locations throughout the UK. Globally, RSM’s international network spans 116 countries, 750 offices and more than 41,000 people